Dedicated retro gamers will remember the awesome Amiga tournament fighter IK+, Archer MacLean's 1987 follow up to the C64's International Karate which has now been confirmed for an iPhone adaptation through an interview in Retro Gamer magazine.

"We've ported an Amiga system and have secured some great games," says Manomio's Stuart Carnie. "It runs at full speed on a 3GS and similar hardware and at a respectable frame rate for the 3G devices. IK+ plays very well."

iPhone retro developer extraordinaire Manomio is already planning on bringing International Karate to its roster of C64 games, though IK+ will be a standalone game built on the developer's forthcoming Amiga emulator.

The game is famous for its unique use of three simultaneous fighters, and extravagant moves such as the jumping splits kick, back flip, head butt, and making you're fighter's trousers fall down.

A host of Amiga games are planned for release, though individually rather than packaged in an emulator, like C64. We'll bring you more news on Amiga conversions as it comes in, but in the meantime why not enjoy a heartfelt trip down Memory Lane with this Amiga IK+ video. 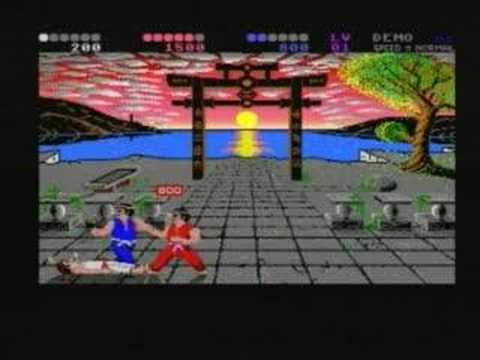