The free iPhone game Trawler Report: Fuzzies and the Jelly Invaders meet up at the Diner of the Dead to forget about the Six Nations

The Six Nations tournament has started, and everyone’s getting all riled up about Rugby again even though they couldn’t give two hoots about it for the rest of the year.

As is customary whenever a big event like this crops up, a game based on the Six Nations has dropped into the App Store.

However, we’ve looked past it this week in favour of weirder fare. Instead of being locked in a scrum, we’ve been saving monkeys from their own carelessness, holding back a jelly invasion, and thinking pretty hard about the nature of knowing.

Are we all just nodes in one big mind map? Who knows?

All that happens when things like the Six Nations turn up is that people talk more about how much they dislike the other people from countries very close to them. And that’s just not nice. Let’s share the joy of a good old iPhone freebie, folks.

Remember Lemmings? That classic game we can’t quite believe hasn’t made it to the App Store yet (and no, Lemmings Online most certainly does not count)? If, like us, you’re eagerly waiting for it to make its iPhone debut, Fuzzies might be able to keep you happy until it does.

Furry monkeys - or at least apes of some description - walk around a level, largely oblivious to the perils around them.
You have to assign certain tasks to them, whether it’s digging or building a staircase, to get them to the red flags on the other side of the level. Once they reach them, the Fuzzies are whisked away to safety.

The Lite version offers seven levels from the full 28. It may be a Lemmings clone, but it has the chops to put a smile on the faces of fans of that classic. 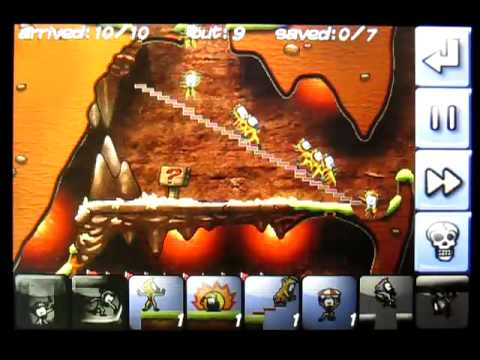 Jelly Invaders
By Infinite Dreams
Type Full Jelly Invaders takes gameplay elements from a trio of arcade classics and feeds them back to you from a cheerful-looking jelly mould. There’s a bit of Space Invaders in there, definitely a hint of Missile Command - and there’s even a smidge of Zuma, or something like it, squeezed in for good measure. Confused?

Don’t be, it’s pretty simple. Baddies parachute down slowly from the sky and you have to blast them before they reach the ground.

However, you can only destroy ones the same colour as you are, and you switch colours between shots.

Jelly Invaders is only free for a short while, so give it a download if a genre-straddling, colour-matching arcade puzzle shooter sounds like fun to you. 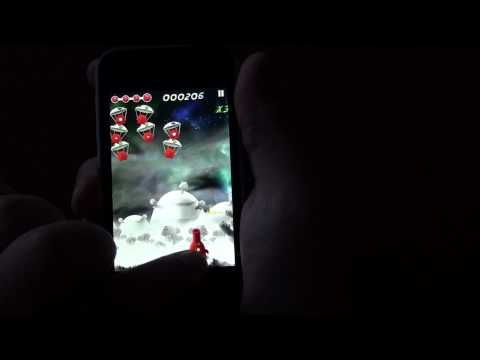 Stair Dismount Lite
By Secret Exit
Type Demo iPhone ‘falling down the stairs’ simulators were pretty popular for a brief moment a while ago, and although it seems like their moment in the spotlight has passed - for now - Secret Exit has made a free version of its entry Stair Dismount.

It sees you nudge an unfortunate crash test dummy down some stairs to see how many of its bones you can break along the way. Aside from some pretty wince-inducing sound effects, Stair Dismount doesn’t seem mean spirited - not a bad achievement considering its premise.

We’d even go as far as to say that it has some of the minimalist intellectual vibe of stone cold classic Zen Bound, Secret Exit’s first game.

So, in summary, Stair Dismount is the thinking man’s ‘falling down the stairs’ simulator. 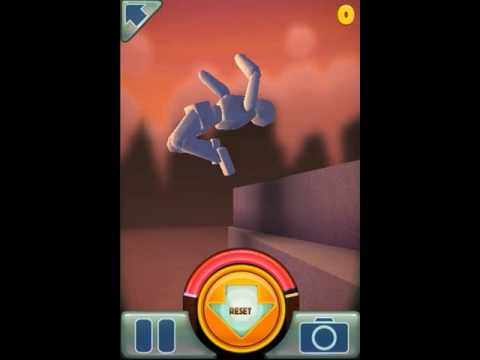 Diner of the Dead
By Phunan Games
Type Demo Diner of the Dead shows that style can get you quite a long way. It’s certainly not the greatest game we’ve played this week, but its kooky '50s style grabbed us instantly.

Everyone in town has been turned into a zombie and it’s your job to keep the undead populace fed with brains and other organs so that they don’t starve and die. Again. Your counter is piled high with this gibbage, and you have to drag each part of a customer’s order to the chopping block before they starve.

There’s not much of a structure to this demo version - you just carry on until your third undead customer cops it - but you can post your scores online. One for zombie fans. 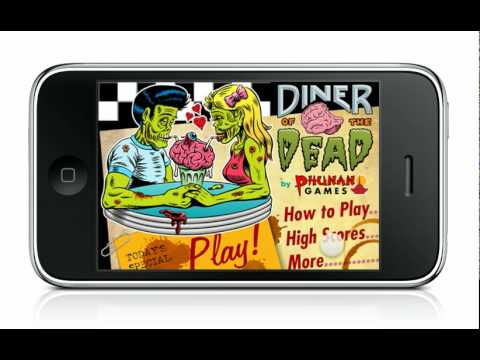 Pick of the Week Map My Mind: Starter Edition
By Tragnarion Studios
Type Demo Making a quiz game seem original is tricky. You can’t submerge the questions themselves under too much gameplay gunk, but who wants to play another plain old quiz? Am I right? Map My Mind manages to feel remarkably fresh by laying out its questions as part of a mind map. To start with you’ve got a pretty standard selection of question genres to choose from, but as each one sparks off further down a niche, things start to get interesting.

The different categories mesh info a sort of informational narrative - Map My Mind is a quiz that’s actually about how information works, and that in itself is really rather interesting. The demo version features a simple - and quite easy - starter map. The full version, which costs £2.99, features 15 maps on various topics. 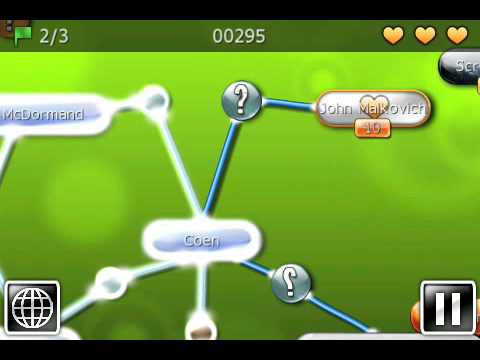 Crap Apps Box of Shame Say No to Dougs
By Daniel Caldwell 2010
Type Full Making an in-joke you have with your friends the central idea for a game is never going to be a particularly good idea, unless you’re a Python, and it seems to be what’s happened with Say No to Dougs.

You control a lady’s head with the iPhone accelerometer while Doug - because y’know he likes’a the ladies - tries to get his grubby mitts on you. If this happens, it’s Game Over as you become ‘addicted to Doug’. Another bad pun to add to an in-joke. Nice.

The reason this game exists is to get a bit of attention for deep south-sounding rockers(ish) Ten Speed Taxi, a band with song titles like ‘Stripper’ and lyrics such as ‘I don’t want no stripper with tiny underwear’.

So, not only does Doug like preying on women in bars, but he’s also into strippers.