The App Stork: Introducing Jump Then Fall 3D, Annihilation Undead and Wooly the Jumper: A Sheep on the Edge

Our Christmas bird has slipped the butchers knife for another year...

It’s the New Year, and after deciding not to fly south for winter and instead just get sozzled on mulled wine, the App Stork is well rested and fighting fit (though it only narrowly escaped the oven after the snowy weather left PG towers turkeyless).

Before it takes flight to these here pages, the App Stork can only take three freshly hatched apps with it for featuring, but we sneak the others in at the end anyway so everyone wins.

If you have a new game you're working on, or have just released, be sure to drop by the iPhone and iPod touch developer news section of the forum to post about it. You're very welcome to post as many links as you like, preferably to iTunes and YouTube, which we will then happily reprint here should your game get featured.

Do remember to leave comments in the forum for the games you try, and don’t forget to hit the ‘Track It!’ button below to ensure that you don’t miss next week’s flight with the App Stork.

Amusingly titled it may be, but Jump Then Fall 3D doesn’t exactly sport throwaway gameplay. It’s all about navigating a 3D cylinder via a series of platforms attached to its exterior.

It looks tougher than the concept sounds and the cute cel-shaded visuals do help to make this clearly challenging title appear a bit more cuddly. It’s out now priced at a mere 59p, and if that’s too much to part with in the financially punishing month of January you can always check out the Lite version.

The iPhone is responsible for a necropolis full of shuffling reanimates getting their pixel on and the latest to stagger hungrily into view is Annihilation Undead.

A top-down Minigore-esque shooter featuring bucket after bucket of blood as well as a soundtrack from industrial acts Battle Circus and Neurotyk, Annihilation Undead is heavy on style.

It’s also big on features, with full OpenFeint support and lots in the way of DLC set to arrive so you can keep on splattering those brain obsessed zombies long after you’ve got tired of the weapons and stages that come with the initial purchase. The games costs £1.19 and is out now.

Wooly the Jumper: A Sheep on the Edge - Assyria Game Studio

This is one gorgeous looking title. It may not have much in the way of animation, but it has an aesthetic that wouldn’t look out of place in a big budget title like LittleBigPlanet. The premise is joyfully bonkers, with you playing a sheep who has to leap his way to liberation, free of the clutches of an evil jet-pack riding farmer in hot pursuit.

It’s really all about precision jumps and careful planning rather than out-and-out platforming, making it more like a puzzle game in many respects. It also makes use of the less well known AGON online leaderboard system for posting your scores to compare with friends. It’s another budget effort, at just 59p, grab it before it jumps. 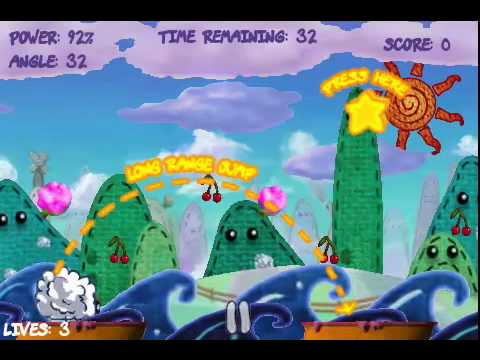 Estate of Philip K. Dick to sue Google over use of 'nexus'