2009 started brightly for Nokia’s much-maligned gaming service. After experiencing the joyous highs of Reset Generation the previous year, users had titles such as Prince of Persia and Real Football 2009 to look forward to.

Nokia also revealed that one million gamers had registered with the service since its launch in October 2008, and announced an N-Gaga Ambassador program to ensure the speedy sign-up rate was maintained throughout ’09.

Sadly, such actions weren’t enough to stem the tide of negative publicity that surrounded the ambitious gaming portal. Developers such as Eclipse Interactive publically criticised the service, branding it “the red-headed stepchild of the mobile gaming industry” in an exclusive interview with this very site.

Of course, such negative press wasn’t helped by the fact that even Nokia itself seemed incapable of sounding confident about N-Gage’s chances. The announcement of the Ovi Store caused much head-scratching amongst N-Gage fans, and although the company maintained that the two services would be kept separate, few within the industry believed it would remain that way.

To make matters worse, Nokia lost senior games producer Scott Foe in the middle of the year, which was a massive blow to N-Gage’s fortunes. Foe had been the mastermind behind such N-Gage hits as Pocket Kingdoms and the aforementioned Reset Generation.

Still, as 2009 rumbled forward there were faint glimmers of hope for Nokia devotees. While most developers flocked to Apple’s iPhone, there were some that stayed the course and committed their resources to N-Gage, possibly in the hope that the service would turn the corner and become a viable commercial option.
Alas, it wasn’t to happen. In October Nokia officially pulled the plug and confirmed what many had expected since the announcement of the Ovi Store - N-Gage was dead for the second time, having risen from the grave in ’08 following the ill-fated launch of the dedicated N-Gage handset a few years previously.

Nokia's Mark Ollila was the man who had to break the sad news to the public, confirming that no more N-Gage titles would be released but the service would continue to operate until 2010.

Few were shocked and even fewer were actually saddened by the news. Throughout its short lifespan N-Gage had some positive moments but largely failed to live up to its considerable potential.

The core concept - Xbox Live for mobiles - was a sound one, but in the face of overwhelming competition from Apple and unimpressive support from Nokia (not to mention the development community at large) it really didn’t stand a chance. 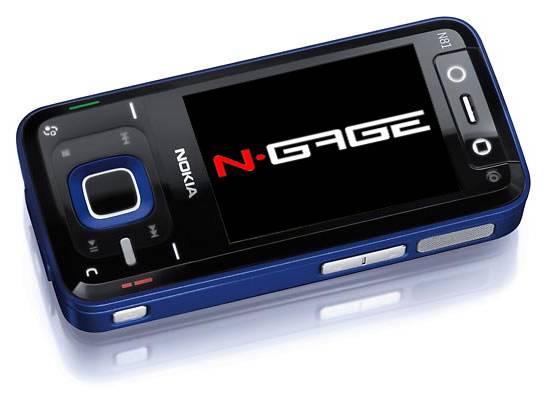 Top 10 most anticipated iPhone games for 2010

RIP N-Gage: Even the obituaries are half-arsed

Beginning of the end for N-Gage?