Did you get anything good?

There are two reasons why you might be reading this. The first is that you’re a loyal reader who follows all of our posts, in which case: thanks for checking in, but shouldn’t you be sleeping in an armchair with a paper hat draped over your face and sweet wrappers all down you?

The second is that you woke up this morning to find a portable gaming device of some kind - an iPhone, DS, DSi, PSP, PSPgo, mobile phone, or even a Pandora - and after you searched on the internet for a list of games to buy the super-intelligent robotic brain of Google led you here (to one of The Guardian's top 100 recommended websites).

In which case, welcome.

Here’s a quick rundown of what you’ve missed. In April Nintendo released something called a DSi, which is the successor to the DS - that thing 11 per cent of the people sitting on any mode of transport are always playing. It’s like a DSi but it has no GBA slot, two cameras, slightly bigger screens, and you can download games onto it from the DSiWare store.

Next up will be the DSi XL (LL in Japan), which was announced in October and came out in Japan shortly afterwards. It’s basically a much larger DS, and it’s been reasonably successful in the land of the rising sun. We can expect to get our hands on it in early 2010.

Read more in our guide to the DSi.

Then, in October, Sony released something called the PSPgo, which is sort of an update to the PSP-3000, but one that has no UMD-drive and costs more. Like the DSi, it specialises in letting you download games (among other things), and while many have criticised Sony’s strategy of charging more for less functionality it’s a swanky little gadget.

Read more in our guide to the PSPgo.

Why did Sony and Nintendo run so gaily into the arms of DLC ('downloadable content') in 2009, having only flirted with it hitherto? Simple: the iPhone and iPod touch.

In the middle of last year Apple’s App Store went live and since then the company’s celebrated gadgets have grown in strength, iteratively improving both physically, with the iPod touch 3G and the iPhone 3GS, and mentally, with Apple OS updates, iTunes updates, and App Store tweaks.

Gaming on an iPhone or iPod touch is preposterously good, and it costs next door to nothing. If you’ve just unwrapped either one of these epochal gadgets, you need to get on the App Store immediately and see what all the fuss is about.

To lure you in there are countless Christmas sales going on (like this one, this one, and this one), further details of which you’ll find on this site, and by following us on Twitter, where publishers are fond of announcing deals.

There are plenty of other exciting platforms - Google’s ascendant Android, rocketing upwards in a device called The Droid; Java, which is staying in the game even as the game grows more colourful and dangerous by the day; Nokia’s Ovi Store, which has replaced the twice slain N-Gage; the shadowy Zune HD - but iPhone and iPod touch continue to dominate, along with the DS and PSP.

That could all change, of course, and certainly will as the competition gets its collective act together and, in the parlance of our times, ‘brings it’. That’s why 2010 is going to be a corker. Stick around.

For now, here's a list of links to the various sections of our Buyer's Guide. If you're wondering what games to buy right now on whatever platform you happen to own, you needn't look any further. 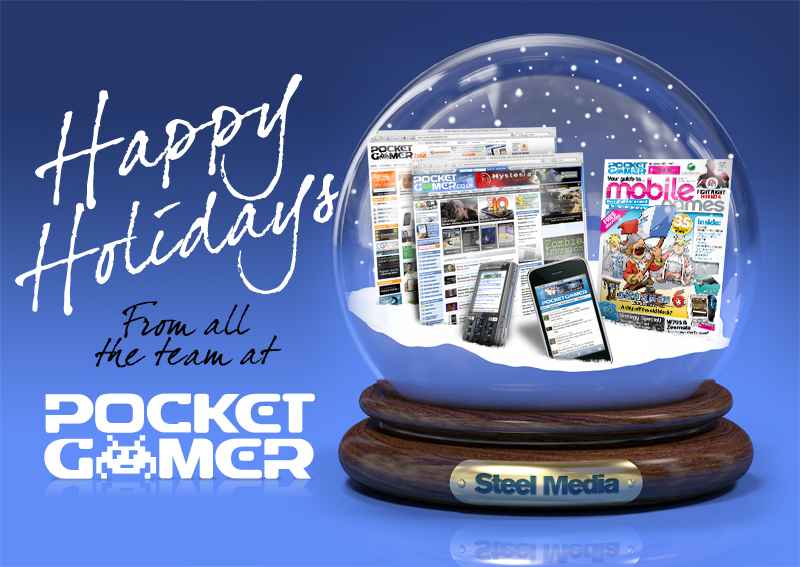 The Escapist Bulletin: Singing in the (Heavy) Rain