The Relic gameplay video escapes from the iPhone dungeon

iPhone preparing to run the gauntlet

We heard about Chillingo publishing Axolotl Studios's Gauntlet-style RPG The Relic a few weeks ago, and it understandably whipped a lot of you retro-lovin' pocket gamers up into a sword and sorcery-fuelled dungeon crawling frenzy.

Last night, Chillingo put out a gameplay trailer to get us more acquainted with the game it's referring to as, "Gauntlet on steroids", which looks like a pretty reasonable description from what we can see.

Some of the character animation suggests there's still work to do on The Relic, but the video also shows that you'll be going up against a throng of fantastical enemies. It's in this hectic battle with a maze-wandering mass of manic marauders that the heart of games like Gauntlet and Diablo would beat, so it's great to see The Relic isn't bowing to the iPhone's technical limitations.

It'll also pack in the prerequisite multiplayer features, with Bluetooth and wi-fi allowing up to four players to ascend the dungeon together in search of the power relic.

Check out The Relic video below, and send us your thoughts on a postcard. 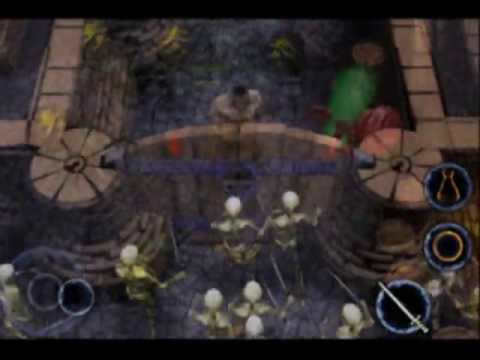 The Symbian Exchange & Expo is full of little ducks

Dungeon grinding in The Relic

Gauntlet-style dungeon crawler The Relic being dug up on iPhone