The Symbian Exchange & Expo is full of little ducks

When 3D graphics were invented, the teapot was the mascot of choice due to its complex curves.

Now, apparently, for mobile software, it's the turn of the yellow duck.

At least that was the mascot de jour at The Symbian Exchange & Expo party at the Science Museum. We collected a few - for research purposes of course. 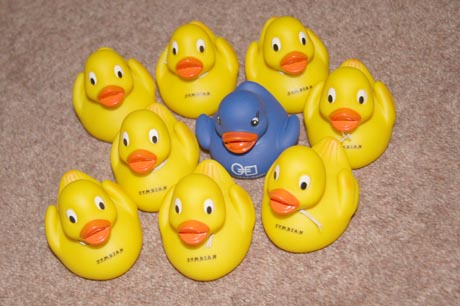 Now, eagle eyed duck predators will have noticed the presence of a blue duck.

Significantly this is branded by Imagination Technologies, the GPU company in highend handsets such as iPhone, Sony Ericsson Saito and the Nokia N Series.

However back in 2008, we have proof it was the first mover on the yellow duck concept (photo from GDC 2008). 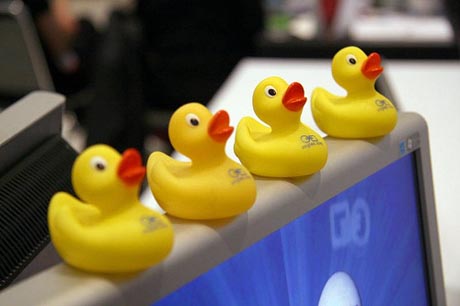 Too much ducking around for sure, so let's end with a couple of wishes on the Symbian wall of desire.

If its engineers could fulfil either one, we're sure they'd be onto a winner. 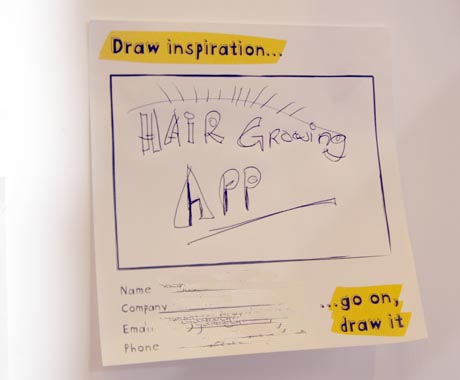 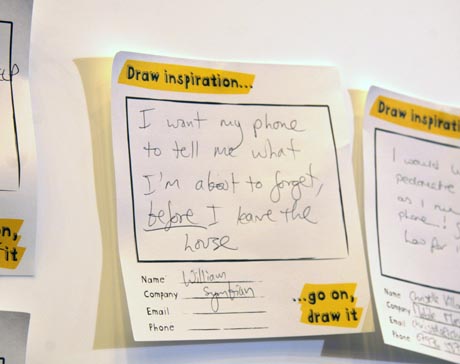 The Relic gameplay video escapes from the iPhone dungeon