Games your phone should be sporting

“Sports is human life in microcosm,” said American journalist Howard Cosell. By that reckoning, mobile sports games are nothing less than teeny-tiny life simulators, ready to teach us to live and love and succeed.

We don’t know about that, but they sure can be fun.

Here’s a list of some of our favourite sports games on mobile. It’s a surprisingly tough genre to pin down - after all, isn’t driving a sport? How about shooting? The former in particular represents an entire genre of its own.

With this in mind, we decided to restrict our list to games that portray commonly understood pursuits of competitive, self-powered human endeavour.

Let us know what you’d add to your list. 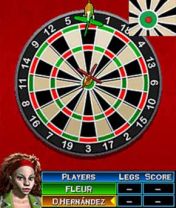 Some would dispute the sporting status of darts. I’d say that the huge viewing figures the professional game attracts and the enormous skill required to play the game seem to settle the argument.

Player One shows a similar level of skill when it comes to making a mobile game out of the sport. Phil Taylor’s Power Darts captures the rhythmic skill of the game, as well as the spirit of fun and larger-than-life characters that exist in the sport.

There are plenty of variations on plain old 501 darts here, not to mention some fun dart-themed mini-games (think Duck Hunt with darts). It’s the most comprehensive representation of the sport on mobile. 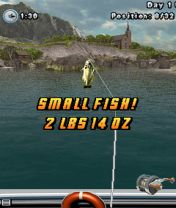 Some might argue that fishing isn’t a sport - perhaps because it’s a practical pastime, but more likely because it’s commonly ‘played’ by middle-aged men who want an excuse to get away from their wives and sink a few beers. Playing Bass Fishing Mania sets the record straight.

Here’s a game that’s fast, frenetic and thoroughly competitive. After casting your line out and acquiring a bite, you must frantically hammer the directional button indicated, making sure to keep your rod tension at just the right level.

This sequel to an already excellent game introduces 3D visuals to the mix, as well as some thoughtful improvements to the way the fish react to you, making it the ultimate mobile fishing experience. 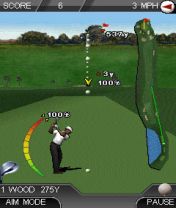 The biggest name in sport puts his name to this mobile rendition of the gentleman’s game (that’s golf, by the way, not backgammon). Tiger Woods PGA Tour ’09 does full justice to the man, representing a solid and easy-going swing at the sport.

The beauty of Tiger ’09 is that it doesn’t get weighed down with the technical side of golf. Rather, it makes the act of swinging relatively easy, and places the emphasis on shot selection and direction instead.

It’s all rounded off with some excellent graphics and accurate representations of the famous Bay Hill and Wentworth courses. 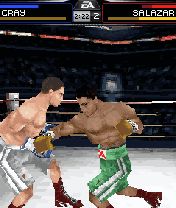 While it might be argued (quite correctly) that a boxing game belongs in the beat-‘em-up genre, there’s no doubting that Fight Night Round 4 is a painstaking mobile interpretation of the sport of boxing rather than an adrenaline-fuelled slugger.

The art to Fight Night, like boxing itself, is in a good defence and picking your moment to strike. Mindless button mashing will get you nowhere, as you’re required to skilfully anticipate your opponent’s attacks and counter with impeccable timing.

No other mobile boxing game captures the essence of the sport quite as well as EA’s effort. It should be on the lists of sports fans and beat-'em-up fans alike. 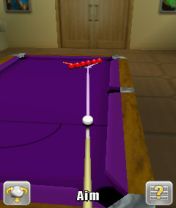 Perhaps not taken as seriously as snooker in this country, pool is nonetheless an enormously popular sport when it comes to public participation. Distinctive Developments has picked up on the social appeal of golf and carried it through to the quietly revolutionary Anytime Pool.

While there’s a decent single player mode, the main thrust of the game is its online multiplayer mode. Linking up to Facebook, it’s possible to play multiple games against your mates regardless of where you are in the world. It’s even possible to shoot some pool against people playing the game on their PCs. 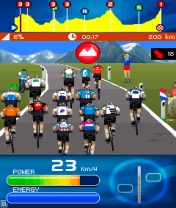 Le Tour de France 2009 sneaked up on us like a back-marker easing through the pack on a Gallic mountain road. The real life event is all about endurance, tactics and consistency, but somehow Extra Live has made an excellent mobile game out of it.

With an ever dwindling energy bar mimicking your rider’s physical condition, it’s all about timing your bursts of exertion to perfection, ensuring that you’ve left enough in the tank to cross the finishing line.

It doesn’t offer the level of easy thrills found in other sports games, but Le Tour de France is a refreshingly tactical alternative to the other games on this list. 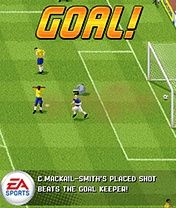 The latest footy effort from EA is wonderfully slick package, offering up a free-flowing and zoomed-in game of football. The AI is a considerable step up from previous efforts, both from EA and from its competitors, providing a realistic scrap for possession of the ball.

With new modes such as Be A Bro, which lets you take charge of a single player’s career, this is far more than a lazy annual update.

You’ll notice that there are two football games on this list, which reflects what a strongly represented sport it is. Whichever you choose, you’ll be sure to get a major kick from it. 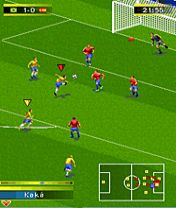 Gameloft’s 2010 update is another strong showing from arguably the finest mobile footy series out there. As before, the focus is firmly on a flowing passing game rather than showy tricks, with the goals flowing thick and fast.

The main improvements this year have gone into the defensive side of the game, with tackling now far more balanced and role of dramatic slide-tackles greatly reduced.

Add in Gameloft’s own take on taking an individual player to glory, Enter The Legend, and you have another mightily impressive mobile footy game from one of the genre masters. Between this and FIFA, mobile gamers are in footy heaven. 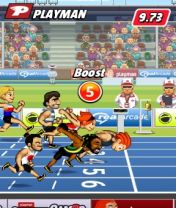 Here we have the Ryan Giggs of mobile sports games, or the Rubens Barrichello if you’re football-averse. Playman Summer Games 3 may be a little long in the tooth, but it can still stand toe-to-toe with its younger competitors.

That’s largely because of its flawless gameplay. While it can be accurately summarised as an athletics-based button-masher, the variation and control nuance found across the board raises it well above similar efforts.

Besides this, the game hasn’t aged visually, thanks to its highly stylised graphics and still-excellent animation. Playman Summer Games 3 may be the elder statesman of the group, but there are no signs of it retiring any time soon. 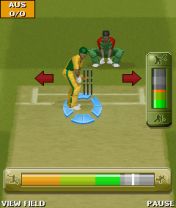 You wouldn’t necessarily think of cricket as the most suitable sport for a mobile phone game. Time and patience, two key aspects of the sport, are not in abundant supply when sat on a bus.

But Distinctive Developments and EA have worked wonders with Cricket 10, to the point that even non-cricket fans will have a great time with the game. The three core elements of cricket - batting, bowling and fielding - have been expertly recreated as seamlessly interwoven mini-games.

While there’s instant gratification to be had with EA Cricket 10, it manages to cram in a startling level of depth that makes it a must-have for mobile sports fans.

The free iPhone game Trawler report: ngmoco does the triple with Wordfu while Blades of Fury and Noiz2sa try their best to steal the spotlight