If you were a video game-obsessed kid growing up in the late '80s and early '90s (as I was), the platform genre will have been a huge influence on you. This was an era dominated by countless colourful, side-scrolling worlds in which you had to leap and bound about with improbable athleticism.

Platformers have long since moved into the third dimension, losing much of their immediate charm in the process. But there’s at least one format where the spirit of the classic platform game is alive and well: mobile.

Here’s a list of some of our favourites. There are one or two unusual choices that might have you wondering what constitutes a platformer nowadays. If nothing else, though, the likes of Captain Galactic and Gish show that the platform genre certainly hasn’t double-jumped into a creative dead end.

What would you have on your list? Suggestions in the comments section below, as always. 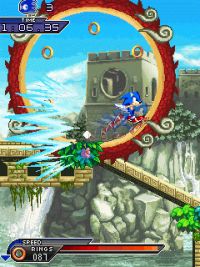 What better way to start a Top 10 platformers list than with a Sonic game? After all, the blue spiky one has influenced at least half of the games on this list with his buttery smooth and super fast gameplay.

Sonic Unleashed, however, is a recently released title that’s been cater-made for mobile. Gameloft manages to replicate the classic formula remarkably well.

The traditional sections in which Sonic speeds through the levels, looping loops and collecting rings, feel exactly right, and the developer has made some wise concessions to mobile control. If it weren’t for the less impressive ‘Werehog’ sections, Sonic Unleashed would find itself considerably higher up on the list. 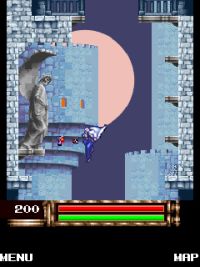 The first of the golden oldies on this list (we reviewed this a year and a half ago), Castlevania: Aria of Sorrow has its roots planted even further in the past than you might imagine. It’s a port of a six-year-old Game Boy Advance game.

Still, quality is timeless, and Aria of Sorrow remains one of the finest 2D platformers to grace any platform. Unlike the other, more arcade-like examples on this list, Castlevania is an epic adventure featuring a sprawling castle and an absorbingly deep level-up system.

There’s plenty of ledge jumping gymnastics, as you’d hope from a platformer, but also a healthy smattering of combat and more than a hint of RPG. How they managed to fit this all on mobile phone we’ll never know. 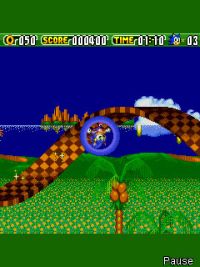 While Gameloft gained the right to make a new Sonic experience, it was Glu who first brought the blue hedgehog to mobile in his original form.

Sonic 2 is widely regarded as the best Sonic game ever, and Sonic The Hedgehog 2: Dash! and Crash! simply represents that early '90s masterpiece split into two and expertly ported to mobile.

While it’s always evident that the game was designed with a traditional joypad in mind, the developer has done an excellent job in making it playable on mobile controls. Besides, the sheer genius of the level design is more than enough to reserve a place for the game(s) on this list. 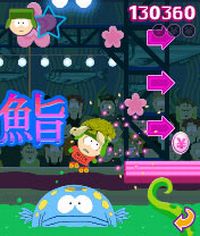 Who would have thought that the lewd, crude South Park franchise would yield one of the most enjoyable mobile platformers of recent months? With Mr Goodliving at the helm, that’s exactly what has happened.

Set in a hilariously twisted take on a Japanese game show, Cartman, Kenny and co must dash through each level collecting cash. Along the way they must take part in bizarre stunts to keep the audience amused.

The developer has nailed the feeling of inertia all the best platformers contain, with the boys from South Park moving fluidly and gracefully on their roller skates. Just as importantly, the look and feel of the show has been expertly retained. 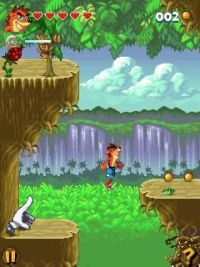 Glu obviously learned from its hands-on experience with the legendary Sonic code, as Crash Bandicoot: Mutant Island is clearly indebted to the Sega classic. Lessons were also learned as to the limitations of mobile controls, as Mutant Island feels completely at home on mobile.

As the titular orange marsupial, you must make your way through a series of themed islands, conquering towering Titans in order to bring them onto your side. Once this is accomplished, their unique talents are made available to you, allowing you to progress (not to mention returning to previous levels to uncover additional secrets). 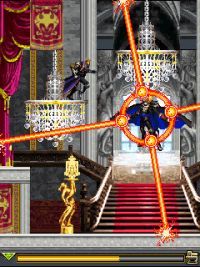 In which Gameloft looked at Castlevania and decided to make a similar title especially for mobile. That’s no bad thing either – as we discussed above, some of the Castlevania games are among the very best in the genre.

Soul of Darkness picks up the action-platform-adventure baton with no little style, offering a deep and involving experience for mobile gamers. There’s plenty of combat, tonnes of secrets to find and some absolutely stunning visuals to gawp at.

Like several of the games on this list, Soul of Darkness has borrowed expertly from the best and deserves to stand alongside its chief source of inspiration with its head held high. 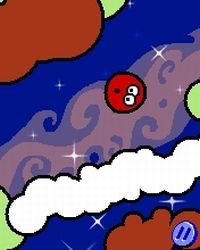 The oldest game on our list remains one of the best, it being the only one to have been awarded a rare Pocket Gamer Platinum Award. While times change, genuine quality continues to shine through, and SolaRola is blessed with plenty of it.

Although not a platformer in the traditional sense, SolaRola possesses all the building blocks to qualify for this list. It’s all about manoeuvring a colourful character through an obstacle-strewn environment, using equal parts manual and mental dexterity to negotiate each section.

If you’ve enjoyed LocoRoco on PSP or Rolando on iPhone, you’ll be right at home with SolaRola. It remains one of the most charmingly compelling games on mobile. 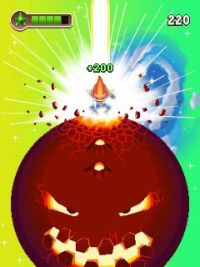 Another slightly left-field offering, Captain Galactic takes some of the core elements of classic 2D platforming (traversing gaps and collecting stuff) and applies them to a low-gravity environment. Our hero flies from planetoid to planetoid, using the magnetic pull of each to slingshot off into the desired direct.

The game does come down to earth for some more traditional platforming from time to time, but this is neither the focus nor the strength of the game. That lies in the mastery of inertia and the simple joy of hurtling through space.

It’s all topped off with a splendid comic book style and some impressive visual fireworks, leaving Captain Galactic: Super Space Hero as one of the freshest releases of the year. 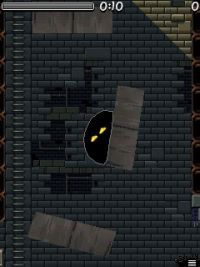 Gish could be described as the dark twisted cousin of SolaRola, casting you as a black ball of goo who can slip through narrow gaps and stick to surfaces. Perhaps more of a traditional platformer than the aforementioned game thanks to its traditional left / right / jump controls, Gish still feels every bit as fresh.

There’s plenty to sink your teeth into here, too, with 100 levels and plenty of incentive to return to ones you’ve already completed.

All in all Gish, unlike the lead protagonist, is an extremely bright and thoroughly solid proposition, and one that should be investigated by any mobile-owning platform nut. 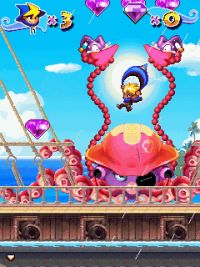 Our nameless lead character has plenty of magical tricks up his sleeve, including the ability to morph into other forms to access hard-to-reach areas or tackle tough enemies. The brilliance of Castle of Magic lies in the levels, which expertly facilitate all of these elements while remaining focused on accessibility and fun.

Rather than lazily apeing the console classics, Castle of Magic wisely and carefully picks its influences in a way that makes the overall experience something special.

Galaxy on Fire makes the jump to Zeebo console