Should you buy a PSPgo?

To buy or not to buy: that is the question

With about a week to go before the launch of Sony's much-anticipated PSPgo, now's the time to start thinking about whether or not you want to plunk down the cash for one. Cutting through all the pre-launch buzz, we break it down into pros and cons so you can make an informed decision.

It's hard to deny the appeal of a smaller, thinner handheld. While fair criticism has been levelled at the portable's unusual slider design, PSPgo earns points for slimming down. Removing components like the UMD drive help reduce bulk.

Similarly, reconfiguring the placement of the face buttons, analogue stick, and D-pad allows for a compact design. Adjusting the location of these inputs also has a minor impact on gameplay since the Square button no longer straddles the right edge of the screen, nor the D-pad on the left side.

The ability to watch movies and listen to music with the handheld slid shut is also a nice feature. 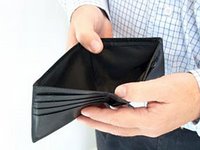 That extraordinary difference will make it the most expensive handheld on the market - more than Nintendo DS, DSi, and even iPhone 3G (sans voice and data plan).

For those just coming into the PSP fold, that's a pricey buy in. For those hoping to upgrade from an older model, it's a steep enough price to make you think about how many actual PSP games you could buy with that money.

By ditching the UMD drive, PSPgo effectively cuts down on loading times because game data no longer has to be read from a disc.

While the amount of internal memory remains consistent with PSP-3000 at 64MB, eliminating the need to extract data from a disc and pulling it from the handheld's flash drive guarantees reduced loading times. The question is whether it's a noticeable difference - it could be too negligible to be meaningful.

Without having to spin up UMDs, PSPgo doesn't have to drain battery power to play games and movies. As such, battery life is expected to increase slightly over older PSP models. Officially, PSPgo hovers near previous models with 4-6 hours of battery life.

CON: No way of playing UMDs

Without a UMD drive, you can't very well play UMD games. This isn't a problem for new games that come out following the portable's October 1 launch, but it's a sticky point if you're sitting on a pile of UMD titles. 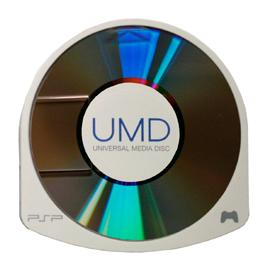 Despite rumours, Sony will not be providing free downloadable copies of older games for those that can prove purchase of a UMD copy.

That means you're stuck playing UMD games on an older PSP. Of course, that's not a horrible thing considering you likely own a PSP capable of playing UMDs if you're in possession of the discs themselves.

What it ultimately means is that the PSP faithful won't be able to rely on PSPgo for all of their portable gaming needs. Anytime you have a craving for Chili Con Carnage, the PSPgo has to be put away in lieu of a UMD-equipped model.

One feature not available on older PSP models is Bluetooth. Its inclusion on every PSPgo has us excited for two good reasons: easier multiplayer gaming and peripherals.

Bluetooth makes peer-to-peer connections effortless - far superior to fumbling around with an ad-hoc wi-fi connection. The catch is that specific support for Bluetooth multiplayer is likely required: in other words, games supporting ad-hoc multiplayer features may not work over Bluetooth on PSPgo. 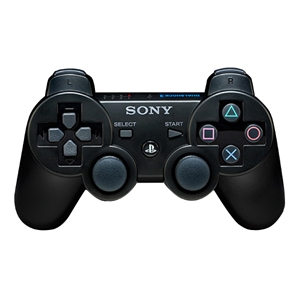 Also of interest is the ability to connect any Bluetooth peripheral to a PSPgo. Everything from headphones to a remote control to a DualShock 3 controller can be connected to the portable.

The latter has us particularly intrigued since Sony has already explored the possibility of console controls on PSP with its PSP Connect feature in Resistance: Retribution. Sony highlights the need for a PlayStation 3 in order to link a controller and PSPgo, but it's probable that more games supporting the DualShock 3 will make their way to the handheld.

Going all-digital with an internal flash drive makes it easy to download and store games on other content, but it's capped at 16GB. Reach that limit and you'll have to store games on your PC or shell out cash for high capacity memory sticks. While the flash drive is large enough to store at least a dozen games with corresponding save data, the prospect of having to move around files hardly sounds entertaining.

While not as much of a draw as the aforementioned features, the save state feature is a worthwhile PSPgo extra. The feature allows you to temporarily save your game at any point by pressing the home key (marked with the PlayStation logo).

It's a handy thing, particularly if you're interrupted, need to stop playing, and can't execute a proper save. There's potential for the save state to make it onto the older models in a firmware update, though currently it's a PSPgo exclusive. 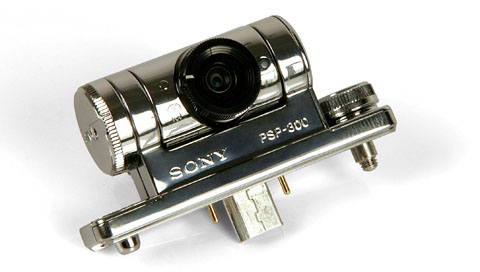 Anyone looking forward to Invizimals should beware of buying a PSPgo because the Go!Cam - required for the game - isn't compatible with the device. Granted, the peripheral hasn't been the wildest of successes, but its incompatibility with the sliding PSPgo could hurt interest in Invizimals.

Sony promises a workaround - either a Go!Cam specific to PSP or adaptor - but for the time being it's a no-go on PSPgo.

VERDICT: While the sleeker, smaller design makes PSPgo an attractive handheld, the price makes it a difficult to justify upgrading if you already own a PSP. Plus, you can't play any of your UMD games.

Newcomers to the PSP platform should opt for the new device, though only if they're comfortable with spending the extra cash. Not having to deal with UMDs is a great thing, though saving money and buying a cheaper PSP-3000 is also pretty hard to resist.

Start your engines - the Asphalt 5 Trailer for iPhone has arrived

Have an obscene amount of fun with South Park Mega Millionaire