Pools of Blood pouring out onto the iPhone

Metal band Karnivool is here to paint the town red

Rock, metal, pop - these elemental music genres aren't something that ever make it onto my playlist, so Australian metal band Karnivool has passed me by, despite its album Sound Awake being nominated for an Album of the Year J Award ('pop' contains a lot of water, so I believe my analogy holds up to very light scrutiny).

But that just goes to prove the power of the iPhone. I've heard of them now, because Karnivool has teamed up with game developer Staring Man to launch a fast and furious new take on the tower defence game, deliciously entitled Pools of Blood, which features the band's hit single 'Set Fire to the Hive' to get you in the mood for some gory orc squashing.

These orcs, goblins and ogres are storming your fortress (m'lady), though quick taps from you squish them into thick red jelly and sends out shock waves that knock any nearby monster off their feet. You're awarded combos for multi-squishes, and can use the shock waves to slow down crowds of attackers while you deal with the more immediate threats.

There's a Lite version also available, although the full Pools of Blood game only weighs in at 59p anyway, so if you're into orc squshing and Karnivool head bangin' this might be the ideal way to whip you up into a Friday frenzy. Check it out: 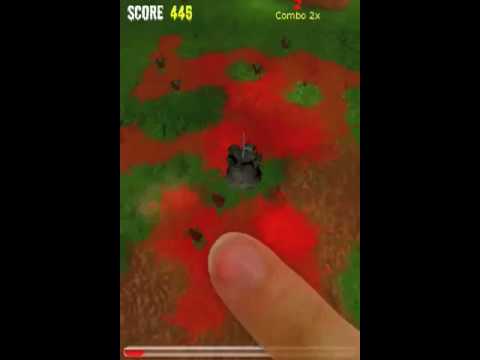 Tumblebugs is rolling towards an App Store release

How Booyah Society is becoming a real world RPG