Five iPhone game genres in need of a refresh

One year and more than 14,000 games after the App Store first went live, we're getting a sense of the most popular genres on iPhone. But we're also starting to see a lot of me-too games.

Some of them are great, of course. Since the seminal Flight Control we've seen a number of line-draw games appear on the App Store, and the best of these advance the new genre rather than rehashing Firemint's formula.

However, for every DrawRace or Star Defense there's sluggish clone adding to the App Store's growing population crisis without giving anything new in return.

It would be disappointing for such a young games platform to start ossifying at this stage, so we've put on our thinking caps to come up with some alternatives for the key genres. 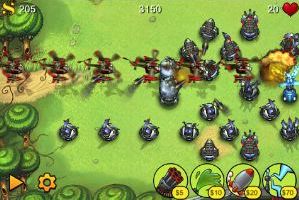 It's time to do some thinking out of the tower. Right out of the tower, in fact: someone should make an iPhone tower defence game where you're in charge of sending beasties marching onto the screen rather than building towers to kill them.

It would turn the genre on its head. Yes, it would require some pretty decent AI on the part of the computer opponent to react to your waves of attack - and there'd need to be some kind of quota or resources system to stop you simply sending in the most powerful enemies (well, heroes in this case) every round.

Still, there's scope. And imagine it as a multiplayer online game pitting player against player... 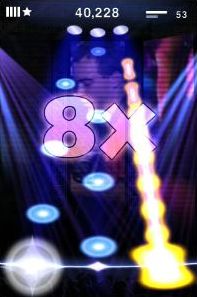 For all the fun of the Tap Tap Revenge games and Guitar Rock Tour, they still a) are basically Guitar Hero on a touchscreen, and b) involve a helluva lot of tapping.

It's time to shake things up: when will Sega rescue us with an iPhone Samba de Amigo that involves shaking two iPhones and posing? Yes, there's a hardware cost, but those of us who paid £80 for the Dreamcast version back in the day would suck that up.

On a more realistic note, it's time for some iPhone music games that let you tap along to your own song collections via some 3.0 goodness. And how about some Bluetooth P2P multiplayer goodness for Rock Band-esque guitar, bass, drums and kazoo action? 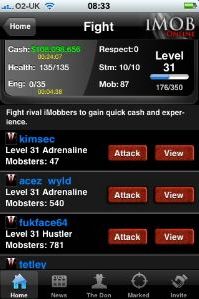 Actually, that's enough text-based MMOs that involve grinding through missions while spamming friends to sign up with your mob. Please? If you're going to try to charge us for a version with bundled respect points, at least have the decency to include a few innovative ideas on the gameplay front.

Social games shouldn't just be about mafia-inspired templates. As popular as some of those are, it's time to push things forward.

iPhone should be the platform where the powerful connected elements of social gaming meet the production values of handheld/console, while throwing in location-based goodness to boot. We're sure some smart people are working on just this. 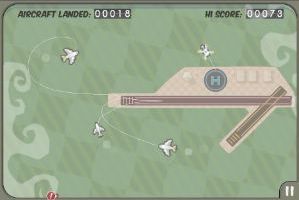 As we said the other day, Flight Control is good. Pale Flight Control clones are... Not so good. Actually, the thing to copy isn't the gameplay itself, but instead the line-drawing mechanic, wrapping around it other genres or structures.

There's a market (for now) in 'It's Flight Control but with lorries / blimps / rickshaws / elephants', but it'll be a case of diminishing returns.

Tracing paths on the screen is the perfect iPhone-centric game mechanic (and DSi, of course). Now do something else with it.

(And if you're already hard at work on that 'control the beasties' tower defence game, how about mashing it up with the line-draw thing to give us control of our attackers' paths on-screen? Cheers!) 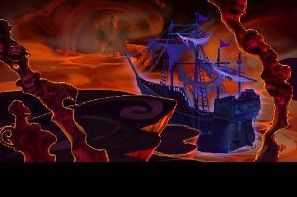 Actually, we're jumping in early here: the success of The Secret of Monkey Island is bound to lead to a succession of other venerable point'n'click adventures heading to iPhone. The problem being that there's nothing to point with and no buttons to click.

Sure, you can convert these old games to touch'n'tap elegantly, but we'd like to see a new generation of adventure games built for iPhone.

Puzzles involving pinching'n'zooming is a fertile area for experimentation, new ways of handling conversations, and overall an interface built from the ground up for this screen size and these input methods.

And if all else fails, there's potential for a cracking line-draw based social tower defense game that pulls in your iTunes downloads. Starring Guybrush Threepwood.