How's it going for Nokia so far?

It’s been a difficult year for N-Gage. With a certain fruity competitor seemingly set to take over the gaming world, Nokia’s own service has been left looking slightly forlorn, with few titles and precious little attention from the masses.

We received news of a new all-inclusive application store called Ovi which, it transpired, would gradually take N-Gage under its wing before ultimately swallowing it whole. The question on many people’s lips was: would we ever see another Reset Generation-like gamer’s game on a Nokia phone again?

Well, that question remains unanswered, but the list below offers a hint at what we might be able to expect for Nokia’s future.

Our list of the best N-Gage games so far is small but eclectic, offering unique and high quality experiences, block-buster sport sims, and retro classics given a new lick of paint.

Doubtless you have your own take on what should and shouldn’t be on this list - please do add your comments below. 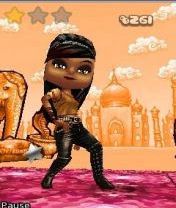 The clear standout title from the first half of 2009 has been a casual music-based game aimed predominantly at young girls. You can say what you like about Nokia, but it sure can pull out the surprises.

Dance Fabulous only loosely sticks to rhythm-action conventions, encouraging you to express yourself through customisation.

This doesn’t only apply to your anime-styled avatars, either, but extends to your own music collection. The ability to import your own tunes and incorporate them seamlessly into the main game shows that blue sky thinking is alive and well over in Finland.

The ever reliable Digital Legends has ensured that those ideas have been executed with as much style as substance, too. 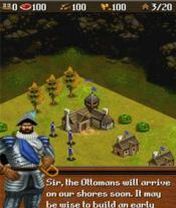 Age of Empires 3 brings a much-needed dose of strategy to the N-Gage service, distilling the ocean-deep gameplay of its parent PC game into a perfect pocket–sized experience.

Glu has honed in on a single point in history for this mobile version, putting you in the shoes of the Maltese during the infamous Ottoman siege.

The graphics can be described, at best, as functional, as they serve their purpose perfectly without ever dazzling.

Age of Empires 3 sticks to this tenet in general, quietly worming its way into your affections as the finest slab of tactical play on N-Gage. 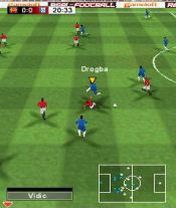 Little divides opinion or allegiances more than football, and games based on the sport are no different. Fans will passionately defend their preferred digital kick-around experience - and so it proved with the N-Gage’s representations of the sport.

For our money, Real Football 2009 is the premier footy experience on the platform, knocking Fifa’s sloppily executed efforts into orbit like a Chris Waddle penalty. It’s far from perfect, of course, but it has that unmistakable feel of football that EA’s effort completely lacks.

If you wish to play a neat Spain-style game, full of intricate passing triangles and a healthy dose of barn-storming finishes, this is the N-Gage title for you. 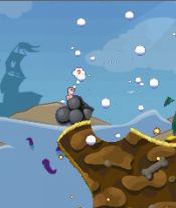 No platform has truly arrived until it receives a version of Team17’s turn based blaster, Worms. After a worrying delay and news of a cancellation, early 2009 saw N-Gage owners breath a sigh of relief as Worms World Party made its way to the service.

Those sighs soon turned hoots of delight as fans took to the N-Gage arena to engage in full online warfare. This is Worms how it’s meant to be played, and so it finds its perfect mobile home (it’s a feature that’s as yet missing from Worms iPhone).

For social thrills, there aren’t many better experiences on a mobile platform, which marks Worms World Party out as something special. 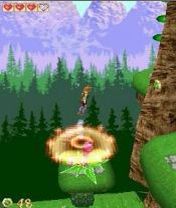 After wowing on the original N-Gage platform many years ago, the return of the 2.5D platformer Pandemonium was met with a surprisingly warm reception. Even more surprising is how well the game has aged, both in terms of its solid gameplay and its still impressive visuals.

Playing as either a loony jester or a buxom sorceress, you have to run, jump and collect your way through a series of fantastical levels. There’s nothing else like it on N-Gage, so Pandemonium is a welcome addition to the service.

It’s also worth noting that a number of elements chopped from the first N-Gage edition have been restored, making this the ultimate mobile version.