The birth of a genre

Back in March, Firemint CEO Rob Murray sent several members of the Pocket Gamer team an email about a new side-project that had just been released.

"It is hard for me to be objective because I actually coded the entire game myself (in between running the company)," he wrote.

"I think it is awesomely fun and has an attractive theme and graphics, but since it is quite simple I am not sure how it fits with your editorial focus."

The game was Flight Control. Yes, it most certainly did fit with our editorial focus, and it's since been downloaded by well over a million iPhone owners - while sparking a genre in its own right.

Line-draw games, for want of a better expression, are popping up all over the App Store. But they're by no means clones - developers are taking the basic line-drawing mechanic of Firemint's game and running with it.

We thought we'd round up some of the examples, explaining what they bring to the table. Starting with the original, of course. 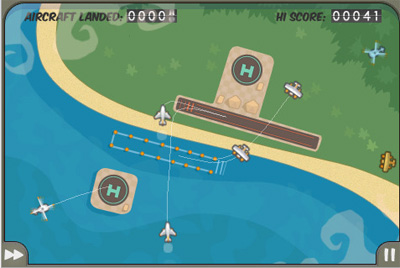 Launched in March, Flight Control quickly soared to the top of the App Store charts, and has hung around its upper reaches ever since.

As Murray said, the core gameplay is simple - guide planes and helicopters in to land while ensuring they don't crash by drawing flight paths on-screen.

Innovations: Apart from creating the genre on iPhone, the game includes online leaderboards, a peer-to-peer multiplayer feature, and a recent update with two new maps and five new aircraft. 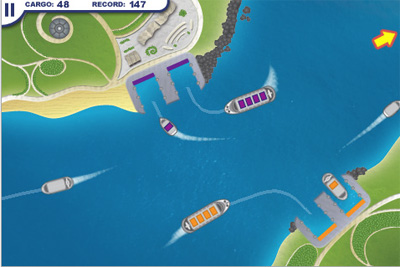 The second highest-profile line-draw game on iPhone is undoubtedly Harbor Master, which is already a fixture in the App Store charts.

It takes the action to the seas, with players controlling a cargo port, guiding ships in and out for maximum profit. We were certainly impressed with the game as it launched.

Innovations: Imangi has since adopted an episodic approach, releasing regular updates to freshen up the game. What's more, it's piloted an intriguing mash-up with fellow iPhone game Pocket God. 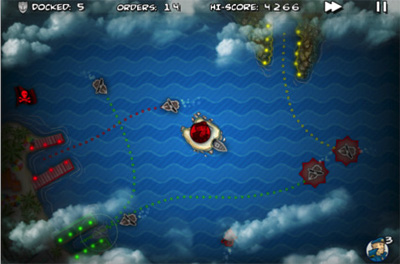 Another water-based line-draw game is Sea Captain, which takes the basic ports/docking ideas seen in Harbor Master, with more of a piratical theme.

The controls work the same way, too, with you drawing lines across the screen. All in all, it feels very familiar to anyone who's played Harbor Master. Apart from...

Innovations: Developer Curious Toys aimed to bring more "complex and engaging" gameplay to the genre. How? With a revamped scoring system based on the number of lines drawn, as well as the number of ships docked. 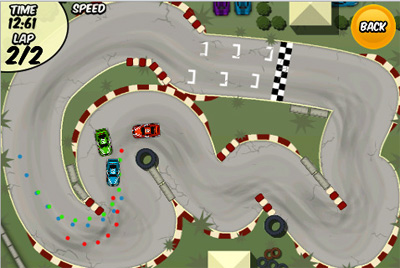 DrawRace is the work of the same developer that made Reset Generation and Pathway to Glory on N-Gage, which made us prick our ears up.

It uses line-drawing controls but in a completely different context - driving cars round a series of tracks. You have to trace their racing line, fast enough to win, but not so fast that you skid out of control.

Innovations: Besides the fact that it changed the core gameplay, DrawRace has some excellent online features, including multiplayer races. 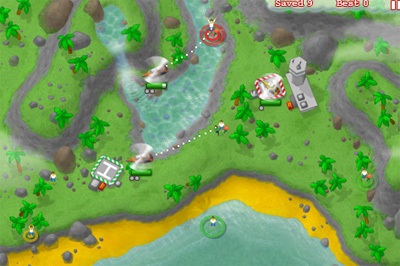 Who needs planes anyway? Heli Rescue, as the name hints, junks the jets in favour of helicopters. Four of them, to be precise. The game is due out in mid-August.

It's no Flight Control clone though: the gameplay actually involves rescuing people by, yes, drawing lines to send your copters to them, and then back to base.

Innovations: Adding the rescue element takes the genre in a different direction - Distinctive says it's blending in elements of Diner Dash style time management games. And there's more where those came from...

Ship Wreck is very much like Harbor Master, while Taxi Drive switches the action to Noo Yoik and an intrepid taxi driver, and Mission Control takes the line-draw genre into space.

The key thing to understand is that line-drawing is a basic gameplay mechanic now, and one that's ripe for innovation as well as the inevitable flood of clones. Many of the games listed above are taking it off in new and interesting directions.

Not so bad for something that started with a "quite simple" side project, eh?