Hitchcockian suspense and intrigue coming to iPhone in Art Thief

Fans of camp, black and white cinema and the early works of Alfred Hitchcock will undoubtedly recognise the name of the suave Art Thief, John Robie; played by Carrie Grant in 1955's To Catch a Thief (itself an adaptation of David Dodge's novel).

Anyway, iPhone developer Digital White Knight is due to bring John 'The Cat' Robie back to the shadowy corridors of the world's most famous art museums in a new platform stealth game, Art Thief.

Each level of these museums is dedicated to a different artist, and it's up to you to help Robie tiptoe is way around this security systems and make sure he lifts the artists five major masterpieces – and you won't score any points if he sneaks out of an air vent carrying in Monet instead of a Matisse.

As you can see from the gameplay video below, Art Thief features some superbly detailed animations, with a gameplay style that appears not dissimilar to the beloved retro classic Elevator Action.

Art Thief has just been submitted to Apple for approval, and should be with us presently. 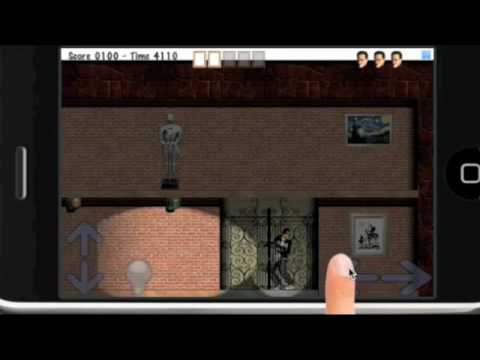 The Battle of Pirate Bay