Interview: On The Rocks talks Thor and the Diablo-inspired Legion of Amon on iPhone

Want to be a Beta tester?

The App Store did a funny thing to the video game landscape: it flattened it. By opening up its retail channel to both independent and established game makers Apple went some way towards deadheading the big companies and letting the small shoots get an equal share of the sunlight.

As a consequence, the App Store is like an alien planet, with solo developers like Ethan Nicholas and startups like ngmoco outshining the giants that dominate on other platforms.

On The Rocks Productions is a member of this new iPhone ecosystem. It's already given us the Bronze Award winning TiltaFun, and it has several other games in the pipeline, including Thor, Cardio, and the impressive looking Legion of Amon.

We caught up with On The Rocks Production's Brynjar Gigja to see how the company's finding its first months in the App Store.

Pocket Gamer: TiltaFun was your first foray into iPhone gaming. Has it performed well enough to convince you the iPhone is the right platform for you?

TiltaFun was a fun project aimed to get our toes wet with the App Store process. The performance has been as we expected and helped us build tremendous confidence in the iPhone as a gaming platform.

Did you learn anything important from the development and marketing of TiltaFun that’s influenced your future games on the iPhone?

Absolutely! We want to connect much more with the gaming community, taking their suggestions, needs and wishes to consideration.

We realised very early on that there was a big thirst in the community for more serious games for the iPhone that we want to at least begin to quench. 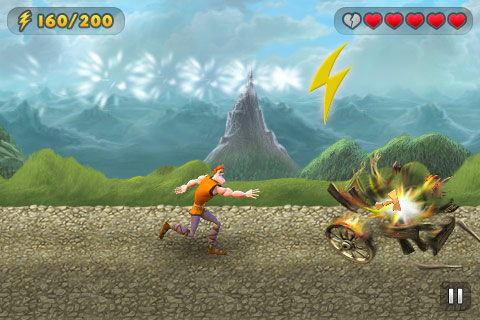 Can you tell us a little about where the idea for Thor came from, and what sort of gameplay we can expect?

The idea comes from CAOZ which owns the IP for Thor, an animated feature. Thor the game is a side scrolling game with a mixture of pre rendered 3D sprites and 2D illustrations.

The main character is indirectly controlled by setting different triggers via touchscreen. The triggers are, basically, game assets such as lives, collectibles or hazards. Pressing these assets triggers different animations in the main character, such as jumping, sliding or hammering something.

This looks like quite a comical game, which often requires a decent storyline to accompany the gameplay. Did Thor’s development include much work on the plot and characters?

With the game we wanted to follow the story of the movie as closely as possible. The game will open with a comic style story reel where the player will be introduced to Thor and his journey ahead.

There will also be integrated scenes from the story between levels. Each level´s objective is then based on the story - i.e in the first world Thor’s objective is to rescue Edda from the Giant Thrym, who has captured her. 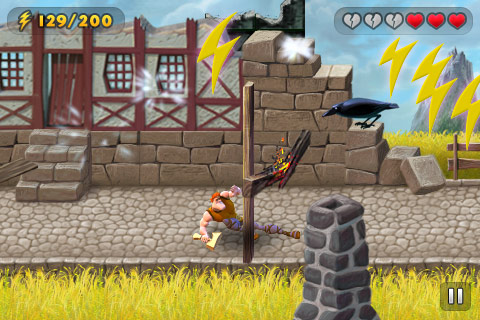 What was the trickiest part of Thor’s development?

One of the trickiest parts was achieving high quality animations and executing them in such a way that they help to convey each character's personality faithfully.

Another tricky aspect was the development of a system that would make the players want to play the game over and over. We did this by implementing an achievements system that is tied to unlocking different items.

Also, the fact that the game is easy to learn but hard to master makes it highly repayable too.

What development tools are you using, if any?

We decided use Unity iPhone as a development tool to give ourselves a boost on productivity and in particular to do rapid prototyping.

Unity has incredible workflow features, and the ability to prototype directly on the device without compiling and uploading builds makes it a lot easier to get the gameplay just right.

I would suggest anyone doing games for the iPhone to try out Unity (which you can learn about at www.unity3d.com).

Which aspects of Thor are you most proud of?

The whole game experience which is very immersive, since the game is a combination of great graphics, very cool music and an engaging gameplay. 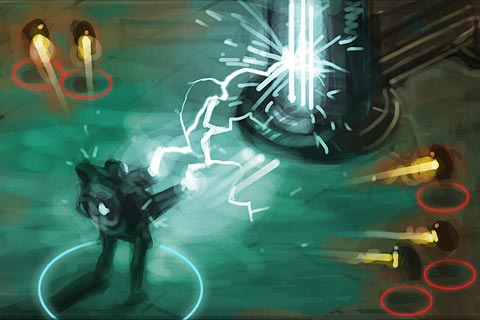 Legion of Amon looks considerably different from Thor. Can you explain to us about where the idea for this game came from, and what it’s about?

The idea started by finding out what kind of genre of game we wanted to do.

We really wanted to do an RPG game and we were set on an isometric view from the get go. We wanted characters that allowed us to set a certain dark and heavy mood, but at the same time staying away from Diablo as much as possible since they are in the same genre.

We decided that it could be cool to mix the future in with the past in a mythological setting!

The story behind Legion is that a pack of cultists build a giant mecha to summon a deamon named Amon into it to control him and his Legion. Something goes horribly wrong and the player now has to battle through the cultists and Amon's Legion to get to him. 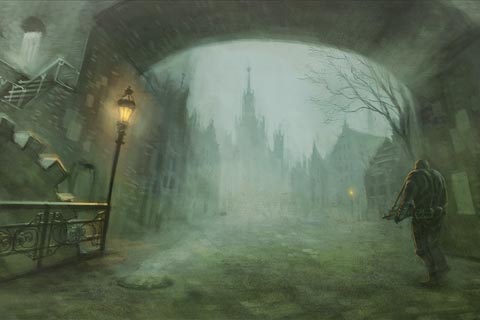 The graphical style is something we want to keep in the game to tell the story, in cut-scenes and important milestones, so I would say that it is a significant part of the game.

We have not released any final artwork besides three of the main characters, the two characters the player can choose from and Amon.

What sort of difficulties does development of an iPhone RPG like Legion of Amon pose for the team?

Dealing with the overall scope of game, keeping the balance right, innovative controls and making the story drive every inch is overall a very challenging task.

Which aspects of the game are you especially impressed by?

The integration of the art into the game is really impressive, since it was done without losing quality, making the experience that much more fun. 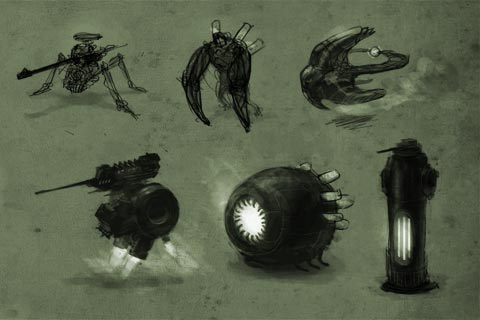 Both games seem to have something of a mythological slant. Is this something you’re particularly interested in at On The Rocks, or would you say these two games come from very different design concepts?

I would say that these games are coming from very different design concepts, although being Icelandic we very much enjoy the mythological world.

Will we be able to expect any particular updates to Thor and Legion of Amon (other than fixes and so forth) once the games are established?

Yes, absolutely. We are planing on releasing Thor with the first world, the next world two weeks after, and so on until all four worlds are released.

Are we likely to see these games on any other platforms, such as the Android, or Palm?

Initially we had no plans on porting our games to another platform but it has come to our attention and we are still exploring that option.

Do you have any other games in the works for the iPhone?

Yes, we currently have several other games in development at various stages.

Can you give us an idea of your visions for On The Rocks’s future?

Our plans are to become one of the leading iPhone and iPod touch games development studio.

Are there any Easter eggs, in jokes or references we should watch out for in Thor or Legion of Amon?

It’s to early to say but if you watch the Thor teaser video on www.thorthegame.com and look closely at the end after the Viking smashes the iPhone, that expression is no acting.

The actor literally smashed the camera protection glass in the last take. But thankfully we loved that take and that’s what you see today.

Our thanks to Brynjar for his time. On The Rocks is calling for BETA testers for Thor, so if you want to be part of the BETA team send an email to [email protected] with BETA in the subject.

GDC '09: Hands on with Thor on iPhone

Thor hammering his way onto the iPhone