10 handheld RPGs worth levelling up for in 2009

Prepare for a year of portable role-play

When the talk turns to recession, you can always find some thoughtful types muttering about the value of entertainment by means of its money-to-time ratio.

It's a simple concept: just divide the cost of an activity by the length of time it takes. Hence watching a game of football works out as £30 for about two hours, giving a m-2-t ratio of 15 (pounds per hour).

A movie will cost you around £10, also for around 2 hours of pleasure (assuming you enjoy the trailers). So movies provide a more thrifty m-2-t of around 5 - or less if it's a Peter Jackson extended version.

Games, while costing between £25 to £45, provide tens of hours of fun. For that reason, they are supposed to be recession-proof with superlow m-2-t ratios of less than 2 pounds per hour.

In which case, we should all be buying shares in companies like Square Enix as it's not uncommon for its role-playing games to provide thirty or forty hours of levelling up and collecting obscure swords and rings.

So with the credit crunch crunching away at the door, let's strike a match of hope and consider ten portable RPGs that, if you decide to purchase them, will make the most economical use of your cash.

(And yes, we do know that Dragon Quest IX DS is due out in Japan in March but we really doubt it will be out in the US, let alone Europe in 2009, so we're not including it.)

10 handheld RPGs worth levelling up for in 2009

Not one of Square Enix's top franchises, nevertheless Star Ocean remains a multi-million-selling series. The developers claim a Star Trek influence in terms of sci-fi art design, although the game has you teleported to a underdeveloped planet on the verge of its industrial age. Think steampunk.

It also boasts a fluid real-time battle system, which provides the option for manual, semi-manual or automatic control. Filling out the excitement is the fact that Star Ocean: Second Evolution is a remake of the PlayStation's Star Ocean: The Second Story, which as well as fixing the notoriously bad voice acting, also features new playable characters, and new artwork and cutscenes. 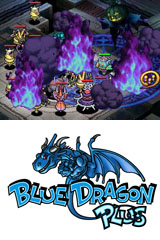 Based on the Cartoon Network's animated show, Blue Dragon Plus may be focused on a particular audience age range, but the presence of Mother 3 and Magical Starsign developer Brownie Brown suggests that - licence-apart - it should be a quality product.

A tactical RPG is promised, along with 30 hours of gameplay and real-time battles in which you can equip your team of up to 16 humans and mecha robos with special items and customisations, as you and your shadow dragon take on a new evil. And as well as the sharp sprite isometric graphics, there will also be over a hour of FMV cutscenes - which fans of the cartoon are sure to enjoy. 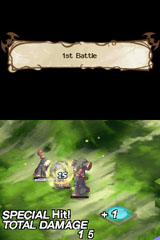 Despite - or maybe because of - its status as the hardcore tactical RPG series, the Disgaea games haven't managed to capture the imagination of western gamers: it's the open hub-based structure, grid-based environments and all those strange Prinnies that put people off.

Indeed, we don't expect Disgaea: Hour of Darkness, the series' first DS title, to be released in Europe. But the remake of the awesome PSP title Disgaea: Afternoon of Darkness, does have the addition of multiplayer modes as well as some enhancements to the user interface and unlockable characters. If you can find a copy, it's well worth tracking down.

Fondly remembered by players of the original Dreamcast version, the Phantasy Star series has since fallen on harder times as its brand of action RPGing doesn't seem to appeal either to to the hardcore role-players or the action audience.

Phantasy Star Portable could change that, with a single-player story mode based on the console Phantasy Star Universe game and a four player co-op local wi-fi mode. There are over 150 new weapons and items, while you'll have the choice of three classes and four races. It's the fluid controls, colourful environment and variety of monsters - not to mention the involvement of original creators Sonic Team - that hopefully will impress.

This sees Square Enix mix up its IPs with various characters including faves such as FFVII's Cloud Strife, FVIII's Squall Leonhart and FFIV's Cecil Harvey battling it out against the god of discord, Chaos, and his supporters notably Sephiroth, Golbez, Kefka Palazzo and other FF baddies.

Of course, whether the game is actually an RPG is debatable as its main USP is as an action beat'-em up, albeit one involving many of the customisation and levelling up elements you'd expect in a RPG. Each of 22 playable characters will also have his own history fleshed out with backstories and cutscenes. 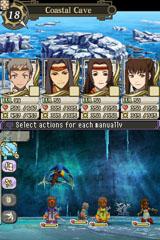 Another RPG series more highly favoured in Japan than elsewhere, the Suikoden games demand a prolonged concentration from a western audience, thanks to its Chinese source material, loose chronological structure and over 100 in-game characters with which you can interact and form travelling parties.

The plots generally involve such concepts as politics, corruption, revolution and mystical crystals. Suikoden Tierkreis, the first DS release, sees you on a quest to save Citro Village and fight The Order of the One True Way. Extra wireless connectivity features such as downloadable missions are also promised. 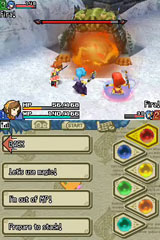 To date, at least 16 handheld Final Fantasy games have been released, so maybe the question is: do we really need another? Well, if that's your attitude, you're probably reading the wrong article.

Echoes of Time is only the second game in the easier-to-access FF Crystal Chronicles subseries. It will also continue the console connectivity of the first (which was GBA and GameCube), enabling DS and Wii players to quest via multiplayer. This is important for co-op actions such as fusing crystals and accessing additional information about treasure or monster stats. The setting remains the cutesy magical world, with the plot involving saving a young girl from crystal sickness by battling monsters in real-time, of course. 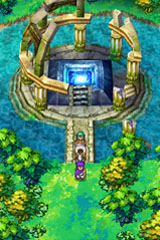 If anything, Dragon Quest is more popular than Final Fantasy in Japan, but in the past European gamers haven't been well supported with localised releases. Things are now looking up, however, with 2008 seeing the remake of Dragon Quest IV, and now we can look forward to a DS version of Dragon Quest V, which goes under the subtitle The Hand of the Heavenly Bride.

Covering the travails of three generations of one family, you start off as a young boy who eventually marries (you have a choice of three girls) and has children. You also have to fight the evil that threatens your land, and you can tame monsters along the way to help out. 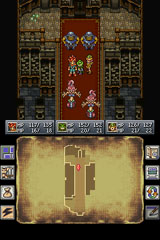 Incredibly successful when first released on the SNES in 1995, Chrono Trigger was created by members of the Final Fantasy and Dragon Quest teams and as such was the vehicle for much innovation in the RPG realm.

For one thing, it didn't have random battles or a separate battle arena, making the action much more seamless. Another novel element was the time travelling plot which sees you - the hero Crono, together with friends Marle and Lucca, and various other fellow travellers - defeating the mysterious Lavos. Remade for DS, it contains bonus materials, new arenas, a cleaner user interface and extra dungeons. (And when we reviewed the US release, we loved it.)

A great example of how Square Enix is capable of taking its long polished skills with respect to role-playing games and combining them with new licences and characters, 2009 will see an explosion in games based on the Disney's co-owned IP. As well as this PSP release, there's also the DS's Kingdom Hearts 358/2 Days and the mobile Kingdom Hearts coded planned.

Birth by Sleep is the most interesting though - partly as a title that will sell bucketloads in Japan and help maintain the PSP's flagging momentum elsewhere - but there's also a solid concept for the prequel to the first Kingdom Hearts game which will follow the stories of characters Terra, Ventus and Aqua. The likes of King Mickey, Donald Duck, Goofy, Snow White and Cinderella will also appear, as will plenty of action and a multiplayer co-op mode.

DS drops 82 per cent of its sales on native shores

Opinion: Are handheld consoles growing out of casual games?