You'll be wanting snes4iphone, then 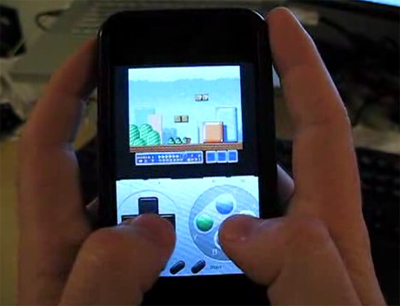 On the face of it, emulating classic consoles on an iPhone is inherently flawed, since there's no physical buttons to control games with. Can you really emulate a SNES joypad on a touchscreen?

Coders at ZodTTD reckon you can and they're aiming to prove it with their snes4iphone application, which has just been released in its v1.0.0 version.

It's a SNES emulator for iPhone, and although it can't do sound effects yet, it plays background music fine, can display games in portrait or landscape modes, and even lets you save your games.

Gizmodo has been trying it out with Super Mario World (above) and its performance is impressive, with the onscreen joypad even looking vaguely usable in its review video.

Go here if you want to download it for your iPhone, although as ever, you'll need a hacked iPhone to actually install it.

Romeo and Juliet get a star-crossed mobile game