Those orcs are at it again 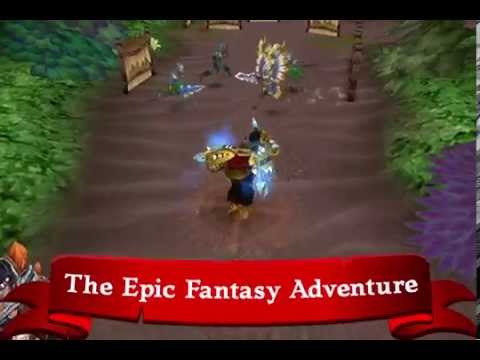 Rage of the Ren'gol kicks off with a limited event during which players must work together to save a group of gnomes from a band of orcs hellbent on their destruction.

You also have to help rebuild Garetta, a town ravaged by the Orcs but once that's been achieved all of the expansion content will unlock.

Three new dungeons full of loot and bosses have been added to appease the dungeon crawling masses.

Those who really do like their loot will also be pleased to hear that hundreds of new items have been added to the game that you can discover or craft.

If you really can't wait to experience all of the new content, you can purchase a premium item that boosts you instantly to level 41.

Spacetime has announced that those who help out the most during this limited event will have a statue of their character place in the town of Garetta for all to see.

That's enough incentive for you to head on over to the App Store or Google Play to check out the new expansion right now.

Ode to the old school: The making of Arcane Legends