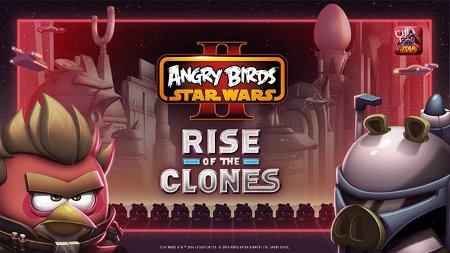 Rovio has announced on Facebook that there's some new stuff out right now for the iOS version of Angry Birds Star Wars II, and it's all set on your favourite planets of Kamino and Coruscant.

There are forty new levels to toss your Star Wars-themed birds through, twenty for the light side and twenty for the dark side. Plus some secret ones.

The new planets feature new obstacle elements for you to contend with. Kamino has fast-flowing water and Coruscant has air turbines that give you an extra boost.

Whether Kamino has freakishly long-necked inhabitants who no one ever quite looks at right is yet to be determined. Probably not though.

The Rise of the Clones update is live on the App Store right now and it won't cost you a single penny to stuff it into your Angry Birds Star Wars II game.

It should be hitting Android and Windows Phone sometime soon too.