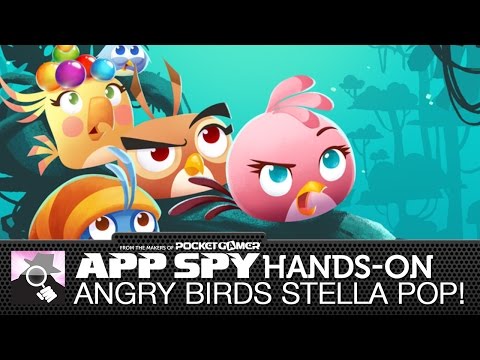 Rovio's got its own strategy management game. And its own match-three timesink. Now, finally, it has a bubble-popping puzzler to call its own in Angry Birds Stella: POP!, which is now out worldwide.

Like in Bubble Witch Saga, and Puzzle Bobble before it, your goal is to fire blobs into an ocean of bubbles, in the hopes of connecting like-coloured spheres together. The bubbles will then pop, releasing any nearby pigs.

This one has streaks, boosts, and special puzzle modes, and each character in Stella's gang has her own power-up.

See more in Peter's hands-on video above, or go grab it on iOS or Android for free. It's not very exciting but maybe I'm just a cold, cynical, jaded games journalist with a pile of black ash where my heart used to be.