There's no getting away from how charming Alphabear 2 is. Everything it does, it does with a warmth and an openness of heart. It's almost impossible not to fall in love with the cast of characters and their delightful interactions.

But beneath that sweetness, there's an intelligent and engaging word game that's not afraid to mess around with the fundamentals of the genre. Yes, it's pretty similar to the original, but that's no bad thing.

Plus this time you're swooping around time in a fridge, and you get to meet adorable bear dinosaurs. Really, you shouldn't waste your time reading the rest of this review, you should just go and grab the game now.

If you've not played Alphabear before, here's what to expect. The game takes place on a grid made up of blank squares, letters, and bears. Every time you make a word with the letters, your bears expand into the spaces you've cleared, and more tiles are revealed.

Your aim is to make the biggest bear you can, and score the most points. It's not always about putting in the longest words. Sometimes a small word with the right letters is going to bag your a better score.

That's because the longer a letter is visible, the fewer points you'll get when you use it. When a letter goes red you've got one more turn to use it, otherwise it'll turn into a stone and block your bears from reaching their ultimate size. 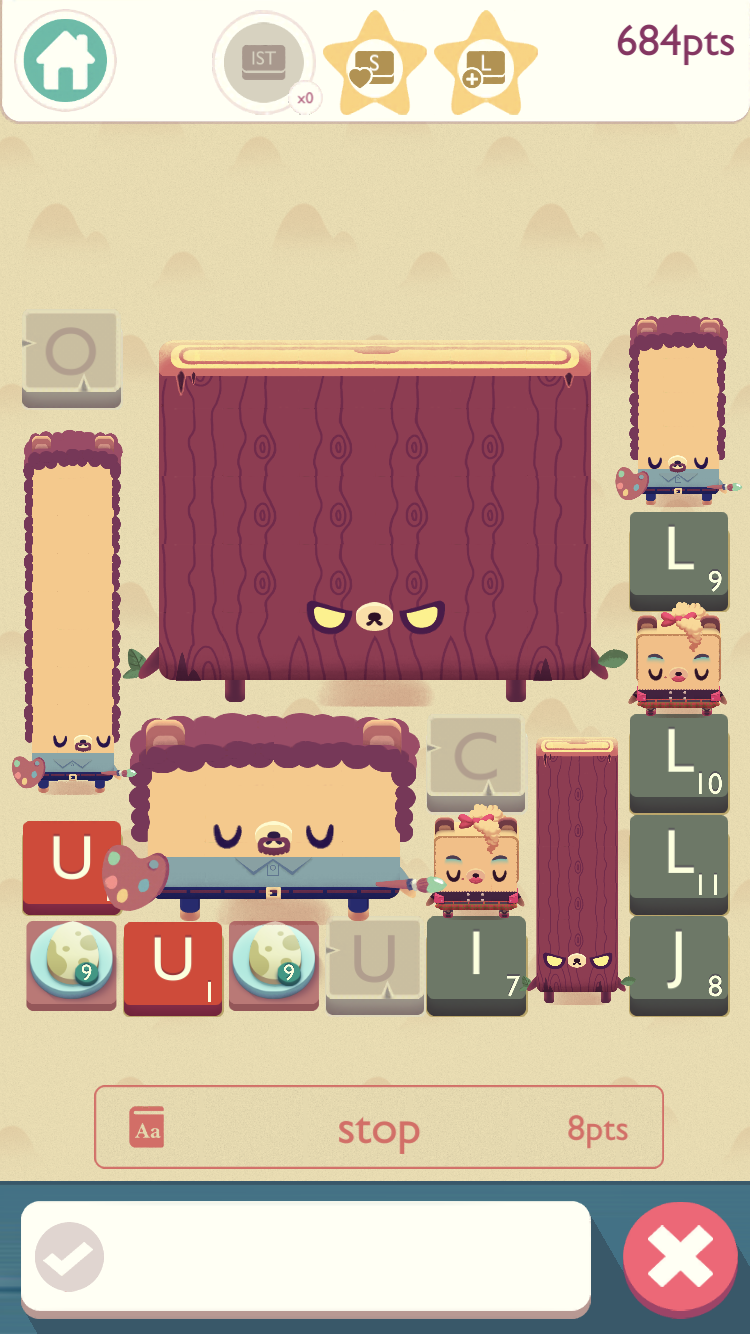 The skills can really change a game too. Some of them let you increase the time letters have left, others give you boosts to specific letters. There are passive and active skills, and you'll be changing your bears around often.

While the basic mechanics stay the same, the game isn't afraid to experiment. You'll need to deal with time limits, tiles that have already turned into stone, and much more. But even the menus here are wrapped up in the game's overarching sense of joy.

Alphabear 2 is a game you're going to play with a smile on your face. It's also a game that's going to stretch your imagination in interesting ways, and that's never anything to be sniffed at.

Don't write this one off as another free to play puzzler. It's something much greater than that, and it's likely to spend an awful lot of time on your homescreen once you go and grab it.

Alphabear 2 is every bit as endearing and entertaining as its predecessor, but it's got a few new ideas too
Next Up :
Hundred Days review - "A success for the management genre"

The best iOS and Android updates this week - (October 3rd)

New iOS and Android games out this week - Alphabear 2, Returner Zhero, Doctor Who Infinity, and more

Alphabear 2 cheats and tips - How to clear through stages fast