The '80s were a spectacular time for children's sci-fi cartoons. And they have proven to be perfect inspiration for developer Philipp Seifried and his bonkers space combat sim.

Ace Ferrara And The Dino Menace follows the titular hero as he enters into the elite fighting force of galactic protectors known as the Proton Riders.

Ace trained all of his life for it, and he managed to achieve his goal and fight in the Dino Wars. But it's not all it's cracked up to be, apparently.

We don't know what's up with the Proton Riders that leads to Ace's disappointment, but that's hardly important right now. There are raptors flying space ships in this game - that's what's important.

The oddities don't end there, either. Among the Proton Riders is a cat-augmented person, one with electronic brains, and one of them is a dog called Ranger. 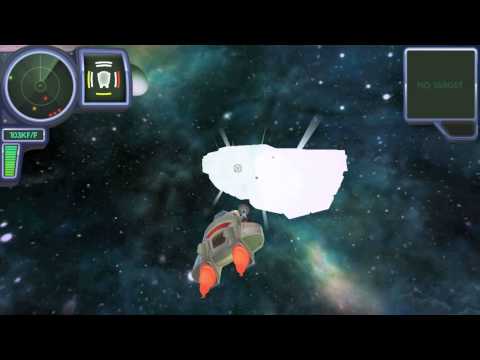 The Dino Wars were weird enough, but this is crazy. Ace Ferrara's storyline involves mystery, romance, and plenty of action, as you might expect from such an eccentric cast of characters.

The gameplay, on the other hand, is a little more sensible. It's inspired by and plays much like Wing Commander and X-Wing. So expect to be barrel rolling through meteor fields, firing lasers at huge space fleets, and upgrading your own ship to better your skills in combat.

If you're intrigued by Ace Ferrara And The Dino Menace, and you definitely should be, you'll have to wait until early 2014 for the iOS launch. Android will come after.

Ace Ferrara & The Dino Menace loses publisher, gets new content and is free for today

Ace Ferrara and the Dino Menace

Out at midnight: Ace Ferrara and the Dinosaur Menace is a 3D shooter with some jokes for iPad and iPhone