Get ready for some tower-building and tower-toppling madness this October in 99 Bricks: Wizard Academy

99 problems and physics was 1

Consider yourself a bit of a Tetris wizard? Why don't you prove it by building a whole tower out of Tetrominos in 99 Bricks: Wizard Academy?

You may have heard of 99 Bricks before, as its fast-paced physics puzzle gameplay was a hit on Flash.

Its creator, WeirdBeard, has just announced, however, that it's heading to iOS in October.

In 99 Bricks: Wizard Academy, you play a wizard who wants to build its very own tower. For whatever reason, the awkwardly shaped Tetrominos are your bricks.

Your efforts in placing these bricks on top of one another make the other wizards jealous, though. As a result, they'll hover over your tower on their storm clouds ready to cast spells that will push your tower over if you let them. 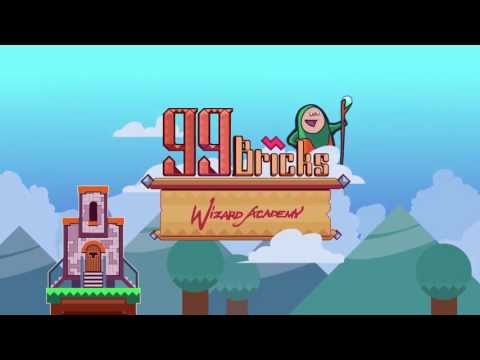 It looks like a right laugh, to be honest, especially when some of the more ridiculously tall towers collapse. You'll be able to take photos of these moments and share them with friends, as well as compete on the leaderboards against them.

99 Bricks: Wizard Academy is heading to the App Store this October, and will be a free-to-play game (with IAPs).